Glued to the Phone 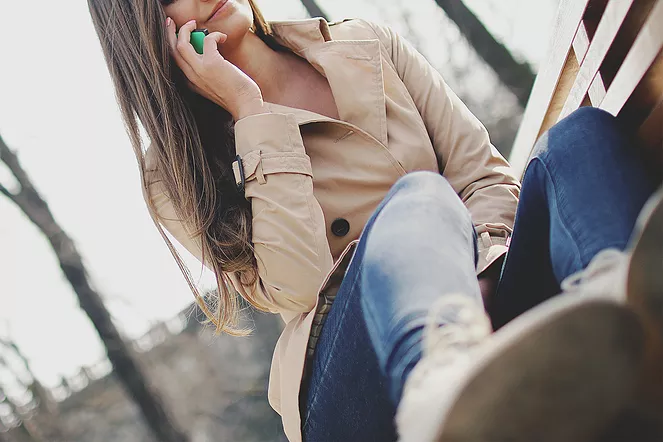 Social media and the Internet are discussed, utilized, and examined by most children, teens, and adults on a daily basis.  According to the Pew Research Center (2015), 92% of teens go online daily and 71% of teens use more than one social media or networking site.

Many grandparents, parents, and guardians are active on social media, whereas others know very little about different apps, websites, and associated terminology. There are many steps parents can take to help increase their child’s safety online. Researchers suggest parents start by talking to their children about social media.

Some important points for parents to make include:

Parents should also develop a list of clear, concise rules, boundaries, and expectations for their child on the Internet. These rules might include not posting anything the child wouldn’t want his or her parent to see or read, or the parent having the right to look at the child’s page or app on a regular basis.

As previously mentioned, because many children and teenagers have smartphones, accessing social media sites can be done almost anywhere. If kids do not have cell phones and there is a computer in the home, parents should put the computer in a common area where they can monitor the child’s activity.

Parents are also encouraged to structure the time their child spends on the Internet. This may vary based on the child or teenager’s age, but having specific times designated for phone or Internet use can improve productivity, increase communication in the home, and improve relationships and quality time spent as a family. Parents can also use phone time as a reward for positive behavior choices or completion of desired tasks.

Bedtime should be a “no phone time” when phones are placed in a common area to be changed or turned off. Sleep is crucial for children and teens, and social media can decrease the quality and amount of sleep if technology is not monitored.

Though it may be challenging, it is important for parents to model the behaviors they desire for their children. If mom or dad is on the phone at the dinner table, the child will likely not understand why his or her phone has to remain elsewhere.

Children and teens imitate their parents’ behaviors. Parents may want to create an account, profile, or page on different social media sites so they can better understand the apps their children are spending time on and monitor their activity.

Some of the most common apps are Instagram, Facebook, Twitter, Snapchat, Tumblr, Vine, and Kik. Some apps allow the user to remain anonymous which often leads to cyberbullying and cruel words being exchanged and posted.

Parents should be aware of this and talk to their child or teen about the implications of this feature. Additionally, on some sites, users can choose who is able to see what information; therefore, a child could be friends with a parent on Facebook but not allow the parent to see certain information or material.

Having an open, honest relationship and communication with your child is the best way to ensure that you know what sites or apps he or she is on and how he or she uses them. Some teenagers post about their current struggles on social media hoping for feedback from peers and strangers.

If parents are on social media and know what’s going on with their child, they can initiate healthy conversations or get their child professional help if needed. Some teens turn to social media in search of friends. Meeting and communicating with friends online can make a child or teen feel wanted or important. Unfortunately, the child’s social skills, which are imperative for healthy functioning, are not addressed or improved upon. Encourage kids and teens to talk about and face their problems rather than Facebook them.

The following links provide helpful information for parents, children, and teens regarding ways to adjust privacy settings so that strangers cannot view you or your child’s social media profile or page:

AdjustYourPrivacy.com for a comprehensive site where you can update all your accounts (safesearchkids.com)

There is also filtering and monitoring software and parental controls which parents can use to increase Internet safety.